Cert grant: When are two crimes "committed on occasions different from one another" for ACCA purposes?

Under Tenth Circuit law, those occasions may be separated by very little space and time. See United States v. Tisdale, 921 F.2d 1095 (1990). Mr. Tisdale had three prior burglary convictions that all occurred on the same night, in the same mall. But they were committed "successively" (rather than simultaneously), and they involved different locations within the mall. They were therefore committed "on occasions different from one another." ACCA sentence affirmed.

Fast forward a few decades. In United States v. Wooden, 945 F.3d 498 (6th Cir. 2019), the Sixth Circuit affirmed an ACCA sentence based on a similar set of prior convictions, this time ten burglaries of ten separate units within a storage facility on the same night. 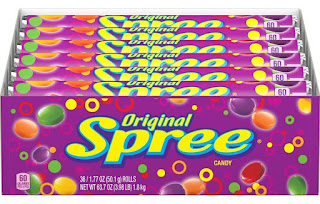 On Monday, the Supreme Court granted Mr. Wooden's pro se petition for a writ of certiorari to answer this question: "Whether offenses that were committed as part of a single criminal spree, but sequentially in time, were 'committed on occasions different from one another' for purposes of a sentencing enhancement under the Armed Career Criminal Act."

Read the cert documents here, and be sure to preserve this issue in your own cases.

Email ThisBlogThis!Share to TwitterShare to FacebookShare to Pinterest
Labels: ACCA