Double jeopardy
Mr. Denezpi entered an Alford plea in the Court of Indian Offenses to assaulting VY, and served an approximately 5-month prison sentence. Based on the same conduct, Mr. Denezpi was later charged and convicted in federal court of aggravated sexual abuse, and sentenced to 360 months in prison.
This second proceeding did not violate the Fifth Amendment's Double Jeopardy clause, held the Tenth Circuit in United States v. Denezpi. Courts of Indian Offenses function as tribal courts and are therefore inherently sovereign courts (despite the fact that they operate under federal regulations). And, as the Supreme Court reiterated last year in Gamble, under the dual-sovereignty doctrine, separate sovereigns may each prosecute and punish a person for the same conduct ("the same offence") without offending the Double Jeopardy clause.
Conspiracies and variances
"When an indictment charges a single overarching conspiracy, but the government only proves several smaller conspiracies, a variance occurs." The question then becomes whether that variance is fatal. Read United States v. Sanchez to learn more about the controlling factors in this analysis.
Sentencing guidelines: analogous offenses
For offenses not listed in the Statutory Index of the Sentencing Guidelines, the "most analogous guideline" must be used. USSG 1B1.2; 2X5.1. In United States v. Clark, the district court determined that there was no analogous guideline for Ms. Clark's offense of child neglect in Indian country. The Tenth Circuit affirmed that determination by categorically comparing the offense elements (not the underlying conduct) to potentially analogous guideline provisions and finding no satisfactory match.
Absent any analogous guideline, Ms. Clark's sentence was solely governed under the Major Crimes Act in accordance with Oklahoma law, which authorized a sentence from 1 year in jail up to life in prison. Given this broad range, and the absence of any analogous guideline to anchor the district court's sentencing decision, the district court plainly erred by not adequately explaining its imposition of an 84-month prison sentence.
Supervised release: reimposing special conditions
Does a district court have to make findings or give reasons for reimposing a special condition of supervised release? Maybe? But also maybe not. You'll have to make an objection to find out. That's what the defendant learned in United States v. Henry, when the Tenth Circuit held that even if the district court's reimposition of special conditions (after a revocation) without individualized reasons was error, it was not plain error.
Law of the case/the mandate rule
When the Tenth Circuit says something, it means it, and the district court is bound by that decision on remand. In United States v. Dutch, the Tenth Circuit allowed that "we are not infallible and we do not always address an issue as full as the district court might hope in our mandates." But even then, the district court is not in a position to "correct" a Tenth Circuit decision:

Even if the prior panel had erred, the extent of a district court’s discretion on remand is not determined by our fallibility or the district court’s satisfaction with our explanation. The court’s discretion on remand is determined by the limitations expressly imposed on it by our mandate. This court need not plumb the depths and details of an issue to preclude further argument about it on remand.
On those occasions, hopefully few and far between, when this court is wrong or unclear, the district courts are not in the position to engage in error correction on remand. We have processes in place to ensure parties can have errors corrected: petitions for panel rehearings, rehearings en banc, and writs of certiorari to the United States Supreme Court. Dutch pursued these processes following Dutch I to no avail. If the mandate rule means anything, it must mean that a district court cannot disregard a specific mandate on remand because it disagrees with it or thinks it insufficiently explained.

Posted by Paige A. Nichols at 3:04 PM No comments:

Some justice for Olin Pete Coones 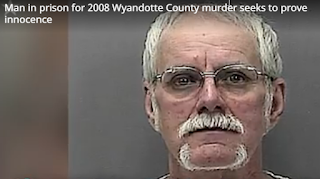 Branden Bell, Lindsay Runnels, with their crew at Morgan Pilate, and Tricia Rojo Bushnell of the Midwest Innocence Project won freedom for Olin "Pete" Coones in their phenomenal ongoing  work exonerating the wrongfully convicted. Yesterday,  after years of work (with early help from Carl Folsom), some late justice was done. From the KC Star:

A Wyandotte County judge Thursday vacated the 2009 murder conviction of Olin “Pete” Coones, who says he was framed in a double shooting that was actually a murder-suicide.

After more than 12 years behind bars, Coones left the courthouse a free man.

The Wyandotte County District Attorney’s Office moved to drop the charges against Coones, now 63, after the judge found Coones received an unfair trial in the 2008 shooting deaths of Kathleen and Carl Schroll.

It is a complicated story, one expertly told in the beautifully written petition. Really, here is the opening paragraph:

Kathleen Schroll’s last scheme was her most ambitious one. Granted, her first one netted her around $30,000 in cash, a house, and a $46,000 life-insurance policy. And her second one, requiring her to falsify bank records, paid her about $11,000. But with her last scheme, Kathleen aimed to steal someone’s life.

This was the first case to go through Wyandotte County's Conviction Integrity Unit, under the supervision of current WyCo District Attorney Mark Dupree.

The winning team. Our best to Mr. Coones and his family.

Posted by Melody Brannon at 5:54 PM No comments:

Email ThisBlogThis!Share to TwitterShare to FacebookShare to Pinterest
Labels: Exoneration

Who will you call tomorrow to report voter intimidation or harassment at the polls? Attorney General William Barr and his Department of Justice?
Just so you know you have options:
Voters can visit the 2020 Elections Hub on the ACLU of Kansas at http://aclukansas.org where they can find voting rights training videos and so much more! 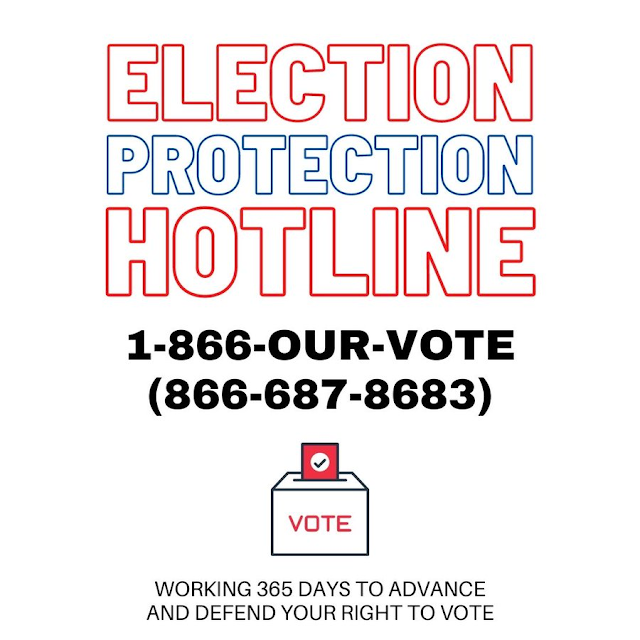 Posted by Melody Brannon at 9:35 PM No comments: