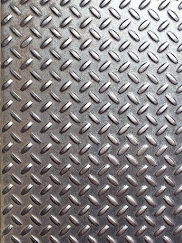 Remember to review the affidavits carefully in those multi-defendant conspiracy cases. That's one lesson of Bickford v. Hensley. Deputy Hensley secured arrest warrants for 44 claimed marijuana conspirators, using a boilerplate affidavit. In Mr. Bickford's case, two accusatory paragraphs did not apply ("[t]he above named defendant assisted this conspiracy . . ."; "the above named defendant conspired . . ."). Mr. Bickford was nonetheless arrested on the warrant, and the criminal charges against him were not dismissed until more than a year later.

The Tenth Circuit reversed in an unpublished order & judgment. This "remotest of evidence" did not provide probable cause to arrest Mr. Bickford for possession:

First, the Facebook message between third-parties constitutes hearsay. Although the fact that hearsay evidence would be inadmissible at trial “does not make it unusable as a source of probable cause for a warrantless arrest” . . . longstanding legal principles generally consider hearsay statements to be inherently unreliable . . . . Second, the Facebook message did not mention Plaintiff by name, but merely referred to someone named “Chaz,” who Deputy Hensley thinks is Plaintiff. The lack of specific  identification of Plaintiff in an uncorroborated conversation that did not even involve Plaintiff further undermines the ability of the message to establish probable cause of any offense.

One last note about Bickford. Oklahoma law generally prohibits warrantless arrests for misdemeanors such as marijuana possession unless they are committed or attempted in the arresting officer's presence. But that state-law fact did not invalidate Mr. Bickford's arrest. State law does not define the contours of the Fourth Amendment. Whether the "in the presence" rule is part of the Fourth Amendment may remain an open question in the Supreme Court, but it was a question that did not need to be answered here in the absence of probable cause.

A competency determination is a non-final order that may not be interlocutorily appealed. United States v. Perea.

The district court did not err in refusing to instruct the jury on assault resulting in serious bodily injury in this first-degree-murder trial. Neither did it err in its admission of graphic photos. United States v. Oldman (also rejecting arguments regarding ex parte communications with the jury; spousal privilege; and ineffective assistance of counsel).

Also in Miller, the Tenth Circuit held that a broad condition of supervision requiring "substance abuse testing" improperly left it up to the probation officer how many substance-abuse tests would be required. This condition conflicted with the language of 18 U.S.C. § 3583(d) (though it was not an unconstitutional delegation): "the district court must set the maximum number of non-treatment-program drug tests to which a defendant may be subjected," and cannot delegate this authority to the probation officer. Here, the district court also failed to make sufficient record findings to support the condition. Unfortunately for Mr. Miller, these errors were unpreserved, and in the end the claims did not satisfy plain-error review. Condition affirmed.

Posted by Paige A. Nichols at 2:06 PM No comments: 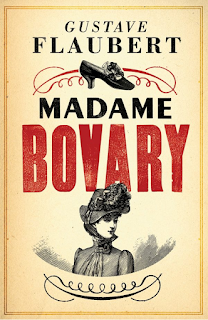 Posted by Paige A. Nichols at 6:03 PM No comments:

The First Circuit recently vacated the death sentences of Dzhokhar Tsarnaev, the 19-year-old who was convicted of the 2013 Boston Marathon bombings, due in part to juror activity on social media during jury selection. Online comments to and from a juror included:

"If you're really on jury duty, this guys got no shot in hell"

"Shud be crazy [Dzhokhar] was legit like ten feet infront of me today with his 5 or 6 team of lawyers ... can't say much else about it tho ... that's against the rules."

"Play the part so u get on the jury then send him to jail where he will be taken care of."

Of course, this juror also told the court during jury selection that his FB friends were not commenting on the trial.

It is difficult to regulate the use of social media. For some people, tweeting is like breathing--they may not always be conscious they are doing it. [Political comment deleted].  In a jury trial, this is a real concern. As Tsarnaev recognized, "jurors who do not take their oaths seriously threaten the very integrity of the judicial process." Social media can be used to research the allegations, to perpetuate inaccurate news reports [second political comment deleted], to reveal juror biases . . . the list goes on.

Proposed model instructions were recently drafted by the Judicial Conference.  These are much more comprehensive and modern (no references to Blackberries or MySpace) than the 2012 version. The venire is warned, in detail, against communication or research on social media. It also recognizes the compulsion to do so, and that some people will not be able to resist: "If you feel that you cannot do this, then you cannot let yourself become a member of the jury in this case. Is there anyone who will not be able to comply with this restriction?"

The instructions go so far as to warn about potential on-line manipulation:

Finally, a word about an even newer challenge for trials such as this one–persons, entities, and even foreign governments may seek to manipulate your opinions, or your impartiality during deliberations, using the communications I’ve already discussed or using fake social media accounts. . . . .These communications may be intended to persuade you or your community on an issue, and could influence you in your service as a juror in this case. (emphasis added)

[Third political comment deleted]. The instructions cover jury selection, instructions at the beginning and end of each day, and the close of the case. Jurors are also instructed to inform the court "at the earliest opportunity" if they learn of another juror learning or sharing information outside the courtroom.

Posted by Melody Brannon at 9:56 AM No comments: