Court to government: Tend to your own knitting 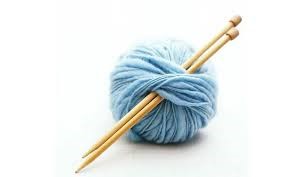 The prosecution's effort to bump defense counsel from a federal case drew sharp criticism from the Ninth Circuit in the recent case of United States v. Wells, ___ F.3d ___  (No. 14-30146) (9th Cir. Dec. 19, 2017). In Wells, the government unsuccessfully opposed the appointment of a second defense counsel in a death-eligible case. After the government decided not to seek the death penalty, it asked the magistrate court to remove the second counsel. In response, the Federal Public Defender argued that both counsel should continue as both had established a relationship with the client and both had invested a great amount of time and effort in defending the case. Removing counsel would leave an already overworked FPD at a great disadvantage against the three-attorney prosecution team. The magistrate judge, though, sided with the prosecution, leaving the defendant with one attorney.

On appeal, the Circuit soundly chastised the government, making clear that the prosecution had no business interfering with the defendant’s representation. “The Government’s decision to insert itself into the important determination of Wells’ fair representation carries with it a reproachable air of stacking the deck, for which we cannot offer tacit acceptance.”  The Court described the process appointing defense counsel under the Criminal Justice Act, and noted that the prosecution is generally precluded from participating in the determination of eligibility of counsel and related functions. This includes case budgets, requests for expert services, and expense reimbursement claims. “The Government’s exclusion from the administration of the CJA is a significant contributing factor to the fairness of our system and the CJA’s role in redressing the imbalance of power between an indigent defendant and the government.”

Although the magistrate judge’s decision to remove one of the defense attorneys did not rise to the level of reversible error, the Court advised the government to, in the future, “tend to its own knitting.”

Email ThisBlogThis!Share to TwitterShare to FacebookShare to Pinterest
Labels: CJA