What qualifies as a drug conspiracy? 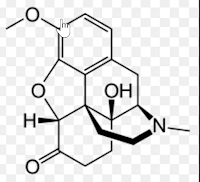 Last week, or rather last year, the Tenth Circuit issued a helpful (though unpublished) decision limiting conspiracies in drug cases, United States v. Bowline. The case is fact-intensive, and concludes, "an agreement between a drug transferor and a drug transferee, standing alone, can't form the basis of such a conspiracy." In Bowline, there was an established conspiracy to possess oxy; but members would  sometimes distribute oxy obtained as part of the possession conspiracy. That, however, did not amount to a "shared common objective" to distribute.The "mere knowledge that Bowline sold or intended to sell at least some of his share of the Oxycodone to others is insufficient, standing alone, to establish a shared distribution objective."


Further, Bowline distinguishes a mere drug sale between two people from a conspiracy to distribute:

Bowline was in the game because he had to feed his habit, not just to profit. Because the common purpose shared by the participants was, in fact, to possess, not to distribute, the evidence supporting the conviction was insufficient. Bowline's convictions were vacated with instructions to dismiss.