Say you are a new county sheriff’s officer, just two months into your job. While on patrol, you notice a family in this truck: 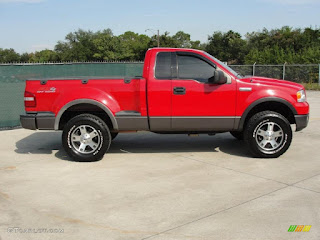 The father waves at you as he drives by. He has done nothing illegal, and there is nothing unusual about the truck, but, what the heck, you follow them. You enter their license number into NCIC (off by one digit, but you don’t know that), and get a  hit for a stolen car described as looking like this: 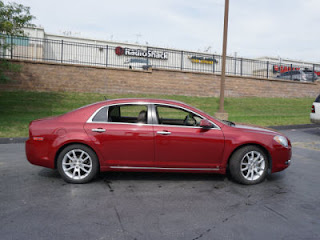 Failing to notice the “considerable mismatch” between the stolen car and the truck in front of you, you commence a felony stop. During this stop, a family of five (including two teenagers and a nine-year-old) are ordered out of the truck at gunpoint, checked for weapons, and made to lie prone on the highway. Traffic is stopped in both directions until each family member is cuffed and placed in a separate squad car.


This, the Tenth Circuit says in an opinion granting summary judgment on the family’s ' 1983 claim against the officer who initiated the stop, was an unlawful arrest. The officer acted unreasonably in two ways. First, the differences between the family’s truck and the car reported stolen in the NCIC report “are not minor; they are material and obvious” (emphasis the Tenth’s). “Moreover, in determining whether there is probable cause, officers are charged with knowledge of any ‘readily available exculpatory evidence’ that they unreasonably fail to ascertain.” The officer’s failure to ascertain that evidence was unreasonable here:

In this case, such readily available exculpatory evidence included the stolen vehicle description already on Fuentes’s computer screen before the arrest, which did not match the Marescas’ truck in style, make, model, year, color, license plate number, or registration status; and the corrective information that dispatch presumably would have provided had Fuentes waited for verification, in accordance with her training. These steps were not taken. See Baptiste, 147 F.3d at 1257 (“A police officer may not close her or his eyes to facts that would help clarify the circumstances of an arrest.”) (quoting BeVier v. Hucal, 806 F.2d 123, 128 (7th Cir. 1986)); see also Phelan v. Village of Lyons, 531 F.3d 484, 488 (7th Cir. 2008). Even after stopping the Marescas, Fuentes could have gleaned readily available exculpatory evidence by interviewing the Marescas, considering the Marescas’ specific, repeated requests to recheck their license plate and the fact that all of the Marescas were fully compliant and showed no indicia of any risk to officer safety, and recognizing the commonsense implications of the fact that the truck’s passengers were a family of five (plus the family dog) on a state highway during the daytime.

The Tenth Circuit hasn’t invoked “readily available exculpatory evidence” to invalidate an arrest in a long time (since Baptiste was decided in 1998). It’s good to see the concept still has legs.

Posted by Paige A. Nichols at 8:23 AM No comments:

On November 1, the courts will be using a new Statement of Reasons form at sentencing. This form is intended, in part, to explain the reasons for the selected sentence.

The Commission, in an effort to remain relevant, expanded the form to track courts' bases for variances. There is still a section for departures (those still exist in the 10th Circuit) but also a section for 3553(a) and "other" reasons. These include:


Most of these are good options, and our sentencing arguments can be tailored to the factors.

But the last option is incredible, and incredibly bad: "In the event the guideline determination(s) made in this case are found to be incorrect, the court would impose a sentence identical to that imposed in this case."

We have to think about this. Comments welcome.

Posted by Melody Brannon at 10:26 PM No comments:

Strickland in the age of card catalogues

The High Court has already issued its first opinion this term, in Maryland v. Kulbicki, a per curiam summary reversal of state habeas relief for a Maryland police officer convicted of first-degree murder. The Court of Appeals of Maryland had held that Mr. Kulbicki’s trial lawyers were ineffective 20 years ago when they failed to challenge the state’s Comparative Bullet Lead Analysis evidence. Specifically, the lawyers failed to learn that the State’s CBLA expert had co-authored a report that “presaged the flaws in CBLA”---a forensic technique that has since been roundly discredited and abandoned. The Supreme Court reversed the Maryland court's Strickland finding, holding that Mr. Kulbicki’s lawyers were not constitutionally required to predict the demise of CBLA, or, in those pre-Internet days, to stumble across the expert’s report at the local public library:

[T]here is no reason to believe that a diligent search would even have discovered the supposedly crucial report. The Court of Appeals offered a single citation in support of its sweeping statement that the report “was available” to Kulbicki’s counsel in 1995—a Government Printing Office Web page accessed by the Court of Appeals, apparently conducting its own Internet research nearly two decades after the trial . . . . The Web page indicates that a compilation of forensic studies that included the report was “distributed to various public libraries in 1994.” . . . . But which ones? And in an era of card catalogues, not a worldwide web, what efforts would counsel have had to expend to find the compilation? And had they found it, would counsel really have combed through the entire compilation, and have identified the one (of many) findings in one of the reports, the disregard of which counsel would have recognized to be “at odds with the scientific method”?

Two points of note in Kulbicki:

First, the Court appears to chastise the Maryland appellate court for “conducting its own Internet research.” This raises an interesting question about when it is appropriate for appellate courts to base decisions on facts the courts themselves unearth via Internet research (or even brick-and-mortar research, but who are we kidding?), rather than limiting themselves to the facts developed below. This question was recently addressed in a Seventh Circuit civil-rights case, in an opinion well worth reading (spoiler alert: Judge Posner supports such judicial research, especially in pro se prisoner cases where “[i]t is heartless to make a fetish of adversary procedure if by doing so feeble evidence is credited because the opponent has no practical access to offsetting evidence”).

Second, while Mr. Kulbicki’s lawyers may be off the hook for failing to exhume an obscure expert report in 1995---the “era of card catalogues”---where does that leave defense lawyers practicing in the age of the worldwide web? By contrasting these two very different worlds, Kulbicki points to the answer: The easier it is to conduct computer research and investigation, the higher the judicial expectations are (and should be) that we will indeed find those exculpatory needles in the online haystack. Happy Googling!

Posted by Melody Brannon at 7:45 PM No comments:

Email ThisBlogThis!Share to TwitterShare to FacebookShare to Pinterest
Labels: IAC

The Tenth Circuit’s dismissive attitude toward challenges to 404(b) evidence in drug cases is well illustrated here: “Our court has time and again held that past drug-related activity is admissible other-acts evidence under Rule 404(b) to prove, inter alia, that the defendant had the knowledge or intent necessary to commit the crimes charged.” United States v. Watson, 766 F.3d 1219, 1237 (10th Cir. 2014). Things are different in the Seventh Circuit: “We have recently cautioned that district courts have too readily admitted prior bad acts evidence in drug cases.” United States v. Richards, 719 F.3d 746, 759 (7th Cir. 2013); see also United States v. Miller, 673 F.3d 688, 698 (7th Cir. 2012) (“There may be enough cases affirming such admissions [of prior drug-dealing crimes], however, that in cases charging specific-intent drug crimes, the admission of prior drug convictions may have come to seem almost automatic. It is not. We need to recall first principles.”). Interestingly, although Richards found that the other crimes evidence was admissible, the Seventh Circuit nonetheless reversed because during closing argument the prosecutor repeatedly described the defendant as a “drug dealer” and “drug trafficker,” violating the rule prohibiting “arguing to a jury that it should convict a defendant based on the defendant’s propensity to commit a crime.” Id. at 764 (quotation omitted).

But outside of drug cases, the Tenth Circuit has displayed a more enlightened attitude. In United States v. Commanche, 577 F.3d 1261, 1266 (10th Cir. 2009), the Court distinguished proper from improper use of 404(b) evidence. That is, “[i]n some instances, the permissible purposes of 404(b) evidence are logically independent from the impermissible purpose of demonstrating conformity with a character trait.” Id. But

[i]n other cases, bad act evidence bears on a permissible purpose only if a jury first concludes that the defendant likely acted in conformity with a particular character trait. Consider a case in which a defendant is accused of murdering his wife using his car but claims that he thought that car was in reverse when it was actually in drive. To demonstrate the absence of mistake, the government attempts to elicit testimony that the defendant twice previously slapped his wife. In such a case, the disparate circumstances between the prior instances and the vehicular killing negate any possibility of directly using the prior instances to show lack of mistake. Rather, a jury could use this evidence to conclude that the defendant was not mistaken as to the status of his transmission only if it first concluded that he had a propensity for violence against his wife and this alleged murder was another such incident. Rule 404(b) does not allow evidence of other bad acts in such a case. If that defendant is to be convicted of murder, it must be based on his allegedly murderous act and not his bad character. We hold that evidence is admissible under Rule 404(b) only if it is relevant for a permissible purpose and that relevance does not depend on a defendant likely acting in conformity with an alleged character trait.

Id. at 1266-67. The Seventh Circuit seems to apply this same degree of scrutiny in drug cases:

How, exactly, does Miller's prior drug dealing conviction in 2000 suggest that he intended to deal drugs in 2008? When the question is framed this way, the answer becomes obvious, even though implicit: “He intended to do it before, ladies and gentlemen, so he must have intended to do it again.” That is precisely the forbidden propensity inference.

Miller, 673 F.3d at 699. We need to find a way to convince our courts to apply this common-sense reasoning in drug cases.

Posted by Melody Brannon at 8:07 PM No comments:

Three months ago, SCOTUS ruled that Oklahoma's method of execution, a questionably ineffective drug cocktail that did not cause the person to become insensate to pain before the fatal drug was administered, did not violate the Eighth Amendment. That was Glossip v. Gross.

Back to death row for Richard Glossip, who was scheduled to be executed tonight. But he was granted a reprieve because . . . Oklahoma had ordered the wrong drugs.

Dissenting in Glossip was Justice Breyer, who eloquently dissected the pro-death arguments. He then denounced the death penalty as unconstitutional.

This term, the Court has granted cert in five capital cases. The Carr and Gleason cases are from Kansas. Hurst v. Florida is also on the docket, and the wide-spread belief is that the deeply-divided Court will declare the Florida scheme unconstitutional.
Posted by Melody Brannon at 12:08 AM No comments: