I'm a public defender, always have been, hopefully always will be. I've never had to deal with retainers, fees, client accounts, and that's probably a good thing. The closest I've come to the issue is arguing that a partially-indigent client should not have to contribute to the court fund. To some clients, the only thing more suspect than a free lawyer is a $25-per-month lawyer.

Guised as an asset forfeiture question, the Supreme Court will soon decide a critical Sixth Amendment right-to-counsel case, one that reaches far beyond the cost of a good lawyer. In Kaley v. US, the government -- post-indictment and ex parte -- froze the defendants' financial assets, thus interfering with their right to hire counsel (not to mention just taking their money without any due process).

Here's how SCOTUSBlog frames it: "The issue before the Court arises from the (seemingly increasingly) common practice of the government freezing the assets of an indicted criminal defendant, who needs the assets to hire a lawyer.  The question is whether the defendant can challenge the grand jury’s determination that there is probable cause to indict him, when the indictment is the basis for the freeze."

The procedural history and precedent are tied tightly to federal statutes and forfeiture proceedings, and this tends to hide the fundamental constitutional concern -- a criminal defendant's right to defend herself. As the Kaley brief says,

With so much at stake, due process requires a preliminary procedure to provide interim redress from the ex parte restraint of assets, where the genuine hardship facing a claimant/defendant is the denial of her Sixth Amendment right to counsel of choice at trial. For without such a pretrial hearing – at which the defendant is prepared to demonstrate that the prosecution’s theory of forfeiture is misguided and thus the restraint of assets is unjustified – she cannot hire her chosen counsel to mount the most aggressive defense at trial against the charges that threaten to strip her of those assets, as well as incarcerate her for those and other charges alleged in the indictment.

This is an Eleventh Circuit case, and the cert petition argues that the Tenth and Eleventh Circuits split from the approach of other circuits. The controlling Tenth Circuit opinion, at issue in Kaley, is US v. Jones, which coldly holds that this is merely an issue of traceable funds.  Concern for the precious resources of the federal government  ("Every dollar and minute saved not litigating challenges of dubious merit can of course be spent on matters more deserving of attention") towers over the defense right to a fair trial with effective counsel ("Due process does not automatically require a hearing and a defendant may not simply ask for one").

Kaley has the opportunity to reverse these priorities, and to speak to due process, to government power, to ex parte proceedings, and to the very ground of Gideon. A ruling in favor of Kaley could shift the power from secret prosecution proceedings back to the constitutional rights of the defendant, where it belongs.

-- Melody
Posted by Melody Brannon at 7:19 PM No comments:

President Obama on Today's Commutations and the FSA

The White House
Office of the Press Secretary
For Immediate Release

Statement by the President on Clemency

Three years ago, I signed the bipartisan Fair Sentencing Act, which dramatically narrowed the disparity between penalties for crack and powder cocaine offenses.  This law began to right a decades-old injustice, but for thousands of inmates, it came too late.  If they had been sentenced under the current law, many of them would have already served their time and paid their debt to society.  Instead, because of a disparity in the law that is now recognized as unjust, they remain in prison, separated from their families and their communities, at a cost of millions of taxpayer dollars each year.
Today, I am commuting the prison terms of eight men and women who were sentenced under an unfair system.  Each of them has served more than 15 years in prison.  In several cases, the sentencing judges expressed frustration that the law at the time did not allow them to issue punishments that more appropriately fit the crime.
Commuting the sentences of these eight Americans is an important step toward restoring fundamental ideals of justice and fairness.  But it must not be the last.  In the new year, lawmakers should act on the kinds of bipartisan sentencing reform measures already working their way through Congress.  Together, we must ensure that our taxpayer dollars are spent wisely, and that our justice system keeps its basic promise of equal treatment for all.
_______________________________
Perhaps Congress will now make the Fair Sentencing Act retroactive. And enact the Smarter Sentencing Act. And . . . .
-- Melody

Posted by Melody Brannon at 3:54 PM No comments:

Email ThisBlogThis!Share to TwitterShare to FacebookShare to Pinterest
Labels: Commutations

One of my favorite places, Dauphine Street, is right in the French Quarter.

Great hotel that mixes the original Sazerac, and the best bookshop ever. 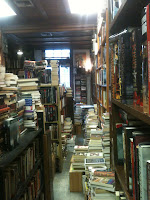 But that's just an aside. The point of this blog entry is to remind you, courtesy of Melanie Morgan,  that this year's NACDL Conference is in that locale, in March (a month with an R in it).

Much of the program focuses on collateral consequences and forfeitures, an increasingly important and increasingly complicated area of law, especially for federal practitioners. Scholarships and financial aid are available to encourage FPD and CJA to attend.

Did I mention it's in New Orleans? in March?

Posted by Melody Brannon at 6:46 PM No comments: 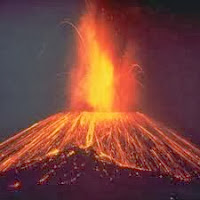 Not that this is a surprise. Recall that the FSA  re-calibrated the statutory mandatory minimums to correspond to the revised crack guidelines. The reason, as Senator Patrick Leahy said, was to remedy 'one of the most notorious symbols of racial discrimination in the modern criminal justice system.'

But as Congress went about correcting -- to some degree -- this gross racial discrimination, it was silent about whether the FSA would be retroactive. If not, then  fewer 'than one-half of those given excessive, racially discriminatory sentences [would be eligible] for relief'.  Some 29,323 offenders appeared eligible to receive a reduced sentence if the FSA
Guideline Amendment was made retroactive.

[FSA:  This long overdue legislation changed the crack cocaine guidelines from 100:1 to 18:1 (still unfair but a far sight better).  Mandatory minimums changed as well: where five grams got you five years before 2010, the  FSA raised this to 28 grams; 280 grams of crack was required, rather  than 50, to trigger a ten-year mandatory minimum.]

For those of us watching the retroactivity issue, our focus has been on the Sixth Circuit's opinion in US v. Blewett, decided in May of this year. The Tenth Circuit had already killed the issue in US v. Lucero, but the Sixth Circuit gave hope, at least for a circuit split. Blewett held that the FSA must be retroactive, because '[p]erpetuation of such racially discriminatory sentences by federal courts is unconstitutional and therefore the sentencing guidelines must be interpreted to eliminate such a result'.

Of course, en banc was granted, and last week Blewett was blown. The FSA's new mandatory minimums do not apply to any defendant whose sentence was final before the law took effect.

BUT WAIT: the five dissents are powerful and indignant (synopsized  by the Sixth Circuit's blog). One quote from Judge Nathaniel Jones: "As judges, we should no longer remain wedded to that which experience shows is neither rational nor fair."

Terribly discouraging result but still plenty of fodder here to continue the fight. Watch for the cert petition.