In United States v. Moses, the Tenth Circuit held that the district court did not err when it denied Mr. Moses's request for a Franks hearing. The video footage he claimed was recklessly omitted from law enforcement's search warrant affidavit was not materially exculpatory, that is, its inclusion would not have negated probable cause. As the Tenth Circuit reiterated in Moses, "a district court is not required to draw all logically permissible inferences favorable to a defendant seeking a Franks hearing." 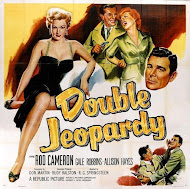 This Mexican-American-border "gatekeeper" for a drug trafficking organization could be prosecuted for two separate conspiracies in two separate federal district courts consistent with the double jeopardy clause. United States v. Mier-Carces. Read the treatise-length Mier-Carces decision if you want to know more about how to determine whether two conspiracies are interdependent for purposes of conducting a double jeopardy analysis.

In United States v. Gehrmann, the Tenth Circuit held that a doctor convicted of a tax-fraud conspiracy was an organizer under USSG 3B1.1(c), rejecting his arguments to the contrary. Control is not necessary to qualify as an organizer, and the fact that Dr. Gehrmann was just as responsible as another doctor did not matter. Rather, what mattered was that they were both more responsible than a third doctor. Multiple people can qualify as a leader or organizer.

Mr. Mier-Garces's "regular and repeated" use of his home for drug trafficking gave the district court ample basis to apply a sentencing enhancement for maintaining a drug premises--whether he also lived in the home or not. United States v. Mier-Carces.

In United States v. Lozado, the Tenth Circuit held that the district court should have granted Mr. Lozado's Section 2255 petition and vacated his ACCA sentence. That sentence was based on prior Colorado state convictions that no longer qualify as valid ACCA predicates: a juvenile conviction for second-degree assault with a deadly weapon; an adult conviction for second-degree burglary of a building; and an adult robbery conviction.

In Johnson v. Barr, the Tenth Circuit held that Colorado possession of hydrocodone is not a predicate drug offense for removal purposes. Pair this case with the Tenth Circuit's recent decision in United States v. Cantu for a well-rounded understanding of how divisibility works when analyzing state drug statutes for predicate purposes.

Appellate lawyers should read Gehrmann for the discussion between the majority and the dissent about how prong 3 of plain-error review should work (at least in an appeal challenging the district court's imposition of a guidelines enhancement). And district court lawyers should continue to preserve their claims so that their appellate colleagues won't have to suffer plain-error review.