While this cert. grant is undoubtedly on the radar of the statutory-construction geeks among us, it is one for all practitioners to note.

Whether, to be convicted under § 922(g), the term “knowingly” in § 924(a)(2)’s mens-rea and penalty provision applies only to the element of possession, or whether it applies to two elements: (1) possession, and (2) the individual’s prohibited status (in this case, one who is in the United States illegally), which renders the possession unlawful. 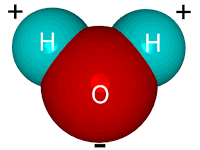 Rehaif had entered the country on a student visa conditioned on his pursuing a full course of study. Over time, Rehaif failed the majority of his classes at Florida Institute of Technology, and the Institute dismissed him. But Rehaif remained in the country. As a result of his terminated student status, the government sought charges against Rehaif, arguing that his use of firearms and purchase of ammunition at a Florida shooting-range was unlawful under § 922(g) and § 924(a)(2).

At trial, over Rehaif’s objection, the district court instructed the jury that “[a]n alien illegally or unlawfully in the United State is an alien whose presence within the United States is forbidden or not authorized by law.

The Justices appeared keenly aware during argument last week that a ruling in Rehaif’s favor—that the knowingly provision applies to possession, as well as to prohibited status—would have broad implications, especially so for the more-oft charged felon-in-possession. If “knowingly” applies to both elements, not only would the government need prove that an individual possessed a firearm or ammunition, but also that that individual knew he was a felon at the time. This may well be Rehaif's effect.

As Justice Gorsuch noted in a dissent while sitting for the Tenth Circuit, it is “hardly crazy to think that in a § 922(g)(1) prosecution Congress might require the government to prove that the defendant had knowledge of the only fact (his felony status) separating criminal behavior from not just permissible, but constitutionally protected, conduct.”

Practice pointer: if a client is charged under § 922(g), preserve this issue, unless you’ve strategically stipulated to it. Especially in the case where the government cannot meet its burden in establishing your client’s knowledge of his prohibited status, it could make all the difference. (See, e.g., United States v. Games-Perez (Gorsuch, J., dissenting)).
Posted by Katie Stevenson at 8:18 AM