We previously highlighted (here, here) some of the important reforms enacted in the First Step Act of 2018, passed in December by the last Congress. Another noteworthy change are the amendments to the compassionate release statute. In making these reforms, Congress provided greater opportunity for defense attorneys and families to help clients and loved ones who may be eligible for compassionate release. As explained below, the new law allows clients to bring their own motions before a federal judge to seek compassionate release, and the new law establishes notice and assistance requirements for the Bureau of Prisons.


In 1984, Congress authorized compassionate release under the criteria found in 18 U.S.C. § 3582(c)(1)(A). In short, the BOP played the ministerial role and had to bring the motion on behalf of the inmate to explain the “extraordinary and compelling reasons” for a sentence reduction. Congress delegated to the Sentencing Commission to define what “extraordinary and compelling reasons” meant, and the Commission obliged by issuing a policy statement found in § 1B1.13. Most common was that BOP would only bring a motion if an inmate was diagnosed with a “terminal illness,” which the Commission defined as “a serious and advanced illness with an end of life trajectory,” though the “probability of death within a specified time period is not required.” 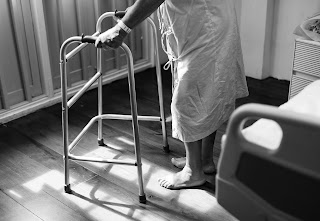 BOP’s track record in compassionate release cases was poor. A Human Rights Watch report found that BOP filed very few petitions, leaving judges with only rare opportunities to determine whether compassionate release was warranted. The Campaign for Compassionate Release (here) found that the sick and the elderly have the lowest rates of recidivism, but also cost the most to keep incarcerated. Also, from 2014 to 2018, 81 families watched a loved one die in prison while their compassionate release request went unanswered by the BOP. Finally, according to a report by the Marshall Project, between 2013 and 2017, BOP approved only 6% of the 5,400 applications it received for compassionate release. Of those applicants, 266 died in custody; half of the 266 who died were convicted of nonviolent crimes.


With the passage of the First Step Act, Congress made two important changes to the law.


First, BOP is no longer is the sole movant for compassionate release motions. Now a court can review a compassionate release request “upon motion of the defendant.” However, the inmate cannot file in federal court until “after the defendant has fully exhausted all administrative rights to appeal a failure of the Bureau of Prisons to bring a motion on the defendant’s behalf or the lapse of 30 days from the receipt of such a request by the warden of the defendant’s facility, whichever is earlier.” In other words, the inmate must first request BOP to file the motion on his or her behalf, and BOP must either deny or not file a motion with 30 days.


Second, the statute now includes notice and assistance requirements for BOP that will certainly streamline and expedite the request process. In cases where an inmate is diagnosed with a terminal illness, BOP must:


·       within 72 hours, notify the defense attorney and family members of the diagnosis;


·       within 7 days, provide them an opportunity for visitation;


·       if requested, assist them with preparing a compassionate release request; and


If you are a defense attorney and receive calls from former clients or family members, the FPD is here to help. Also, if you have former clients who you think may be eligible to seek a reduction and want our assistance, please contact us.
Posted by Paige A. Nichols at 5:55 PM