They were standin' on the corner, they didn't mean no harm;
Along came the po-lice, took 'em by the arm;
It was down in Ohio, there was no cause for blame;
The police said "boys, you better tell me your names."

And thus two Whitehall, Ohio city police officers stopped and handcuffed two men because one of the officers found it suspicious that the men were "just standing there."

"At this juncture," wrote S.D. Ohio District Court Judge Algenon Marbley in his order suppressing the fruit of this illegal stop, "the Court is compelled to note a salient truth: [the defendants] are both black."

Why is this a salient truth?

Because "when a white officer approaches a black civilian, racial dynamics might make the civilian feel unusually threatened by the police and . . . race should therefore be relevant in determining whether a reasonable person would feel free to leave a police encounter."

Because "[t]o permit law enforcement officers to detain and search individuals based on their own views of what 'types' of individuals appear, to them, to be 'suspicious' would inevitably and inexorably exacerbate overpolicing of the underprivileged and of communities of color."

Because "[f]or generations, black and brown parents have given their children ‘the talk’—instructing them never to run down the street; always keep your hands where they can be seen; do not even think of talking back to a stranger—all out of fear of how an officer with a gun will react to them."
In case Judge Marbley's message still isn't clear: When it comes to the Fourth Amendment, we need to talk about race.

Posted by Paige A. Nichols at 8:20 PM No comments:

It’s after midnight. An officer spies a car traveling just under the speed limit near a construction zone. The driver is “sitting upright and rigidly in his seat, staring straight ahead.” His hands are on the steering wheel at “ten and two.” All signs of a careful driver, no?

Thus commences what becomes a lengthy pretextual stop for a non-existent traffic infraction followed by an exhaustive fishing-expedition-of-an-investigation—complete with FSTs (passed “with flying colors”), cumulative background checks (nothing), drug dogs (no alert), et al. The investigation eventually leads to a consensual search of the passenger compartment, which reveals numerous debit, credit, and gift cards. The driver is charged with possessing counterfeit or unauthorized access devices. The district court declines to grant defendant's motion to suppress.

Letting a tire barely touch a lane line does not give rise to probable cause in Ohio. Likewise, mere weaving within a lane does not provide reasonable suspicion of intoxication. A different result in this case, the Court recognized, “would neglect our duty and would allow the police to stop you, demand your identification, check for outstanding warrants, and call for a drug dog—even if you are doing nothing wrong.”

“A driver’s conduct need not be the Platonic ideal of good driving to avoid a stop by a police officer.” That rule transgresses all races, creeds, and nationalities. While the law may allow a pretextual stop based on a minor traffic violation, “no traffic law prohibits driving while black.”

The Sixth Circuit remanded with directions to suppress the illegally-obtained evidence, holding that the protections of the Fourth Amendment do not afford “officers the power to over-police people of color under a broad definition of suspicious behavior.”
Posted by Katie Stevenson at 9:53 PM No comments: 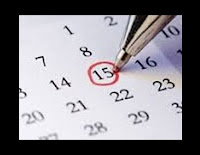 The deadline for submitting applications for the District of Kansas CJA panel is May 15, 2018. Applications for attorneys who are not currently on the panel and reapplications for those nearing the end of their three-year term, are available here. All attorneys whose terms are expiring (and thus need to reapply) have been notified by email. Please share this information with anyone who might be interested in applying for the panel. The new terms begin July 1, 2018 and end on June 30, 2021. 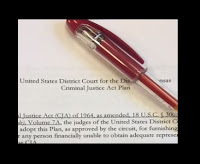 A number of revisions were recently made to the Kansas CJA Plan. Some highlights are below. The Plan, which took effect on March 17, 2018, is here.
Pretrial Service Interview. A number of changes will help ensure that counsel is provided as early in the process as practicable. Under the new Plan, the pretrial services officers are to provide counsel notice and a reasonable opportunity to attend the pretrial interview.
Membership of CJA Selection Committees.  The term for panel attorneys to serve on the CJA Selection Committee has been set at three years. (The current panel committee members are Michael Shultz (Wichita); Dionne Scherff (KC); and Jason Hoffman (Topeka)).

Removal from the Panel. The new plan provides a process for removal of any attorney from the panel during their three-year term. Cause for removal includes failing to fulfill the requirements of CJA panel membership, including the failure to provide high-quality representation to CJA clients. If removal is considered by the Committee, the panel attorney will be provided notice of the specific allegations and will have an opportunity to respond. This process does not apply to attorneys who have reached the end of their term and are reapplying.
Timely Submission of Vouchers.  Under the national rules, vouchers are to be submitted within 45 days of the final disposition of the case. The Kansas Plan acknowledges this but now requires that a Statement of Exceptional Circumstances be uploaded to any voucher that is submitted later than 180 days after the final disposition of the case. The Statement is to set forth the reasons for the late submission.

Posted by Paige A. Nichols at 6:04 PM No comments:

Email ThisBlogThis!Share to TwitterShare to FacebookShare to Pinterest
Labels: CJA

No certainty? No enhancement!

If you have a close case involving a prior conviction under a statute that does not clearly and necessarily qualify as an enhancement predicate, invoke this certainty principle as a reason your client's sentence should not be enhanced.
Posted by Paige A. Nichols at 1:45 PM No comments:

Email ThisBlogThis!Share to TwitterShare to FacebookShare to Pinterest
Labels: 4B1.2, ACCA, Sentencing

The new phone book is here!

Well, not quite yet. But the Sentencing Commission has announced its 2018 Sentencing Guideline Amendments. These amendments will go to Congress, and unless specifically rejected, they will go into effect on November 1, 2018. 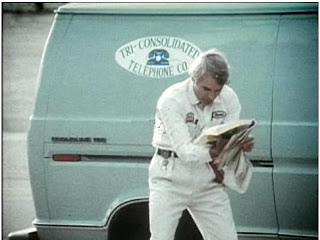 Not surprisingly a number of the amendments will results in longer sentences for our clients, including a number of fentanyl related enhancements. But one little gem may be helpful for a category of our clients. A new application note to § 5C1.1 recommends no incarceration for defendants who fall in Zones A or B, who have no prior history, and the offense does not involve threats or violence or the possession of a gun. The proposed language reads:


“If the defendant is a nonviolent first offender and the applicable guideline range is in Zone A or B of the Sentencing Table, the court should consider imposing a sentence other than a sentence of imprisonment, in accordance with subsection (b) or (c)(3). See 28 U.S.C. § 994(j). For purposes of this application note, a “nonviolent first offender” is a defendant who has no prior convictions or other comparable judicial dispositions of any kind and who did not use violence or credible threats of violence or possess a firearm or other dangerous weapon in connection with the offense of conviction. The phrase “comparable judicial dispositions of any kind” includes diversionary or deferred dispositions resulting from a finding or admission of guilt or a plea of nolo contendere and juvenile adjudications.”

Even though these amendments won't go into effect until November, we can argue today that the proposed amendment is evidence of the suggested outcome for these defendants by the sentencing commission.
Posted by David Magariel at 9:17 PM No comments: 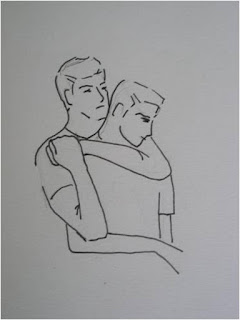 Question: Once officers have subdued a potentially violent suspect by rendering him unconscious with a carotid restraint, handcuffing him, and zip-tying him, is it reasonable for those same officers to revive the suspect, strike him more than ten times, and---as he cries out "Oh God, please help me, please help me"---choke him unconscious again with a second carotid restraint?

Answer: Really? Who even needs to ask this question? Four Hutchinson, Kansas police officers, that's who. The Tenth Circuit set those officers straight this week in McCoy v. Meyers, et al., reversing the district court's grant of qualified immunity in Mr. McCoy's civil-rights suit against the officers, and holding that the officers' post-restraint force violated Mr. McCoy's "clearly established right to be free from continued force after he was effectively subdued."
Posted by Paige A. Nichols at 12:38 PM No comments:

The government intended what it wrote

“Many good Fourth Amendment stories begin with dogs[,]” writes Judge Thapar of the Sixth Circuit Court of Appeals. “And so it is here.” But the Sixth Circuit's decision in United States v. Perkins this last week does not actually focus on the conduct of a dog that alerted law enforcement to investigate a potential crime. Instead, Perkins poses the question that if courts are to read warrants in a common-sense fashion rather than hypertechnically, how does a court decipher between a common-sense construction of an anticipatory event and an unintended hypertechnicality that the court should overlook?
The answer is a simple one according to the Sixth Circuit: “Common sense dictates that the government intended what it wrote.” Where the triggering event for an anticipatory warrant required delivery of a package to a specific person, at a specific place, a common-sense reading of the warrant requires that the package actually be delivered to that person, at that place.

The “replace-some-words canon of construction has never caught on[,]” the Sixth Circuit noted, affirming the district court’s grant of the defendant’s motion to suppress.
Posted by Katie Stevenson at 11:44 AM No comments: