Under the Guidelines, we know that the base offense level for a felon-in-possession conviction increases where the defendant has at least one prior felony conviction of a crime of violence. And we also know from the Guideline’s commentary that a crime of violence (as set forth in §4B1.2(a)) includes the offenses of aiding and abetting, conspiring, and attempting to commit such offenses. 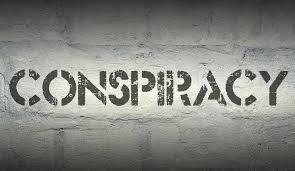 The Fourth Circuit reminded us this past week in United States v. McCollum, that when evaluating a client’s prior conviction for an undefined, enumerated inchoate offense, two sets of elements are at issue for determining whether the conviction falls under §4B1.2(a)’s umbrella: the elements of the inchoate crime, as well as the elements of the underlying offense.


In McCollum, the defendant argued that the court erred by enhancing his base offense level for a § 922(g) conviction upon a finding that his prior conviction for federal conspiracy to commit murder in aid of racketeering constituted a crime of violence. Specifically, the defendant argued that by applying the categorical approach to his prior federal conviction as the Supreme Court has instructed courts to do, the sentencing court was required to look at the “generic, contemporary meaning” of the inchoate offense, as well as the underlying offense, to ensure that the elements of his crime of conviction are no broader than those of the generic federal statute. And while conceding that the underlying offense would qualify as a crime of violence, he argued that the inchoate crime did not.

The Fourth Circuit agreed. Citing authority from the Ninth and Tenth Circuits, the McCollum court recognized that the generic federal conspiracy statute required an overt act as an element of the offense. But because conspiracy to commit murder in aid of racketeering (§ 1959(a)(5)) does not require an overt act, it criminalizes a broader range of conduct than that covered by generic conspiracy. The Fourth Circuit thus vacated the defendant’s sentence and remanded for resentencing, concluding that a prior federal conviction for conspiracy to commit murder in aid of racketeering does not qualify categorically as a crime of violence to support an enhanced sentence.
Posted by Katie Stevenson at 8:32 PM

Email ThisBlogThis!Share to TwitterShare to FacebookShare to Pinterest
Labels: 2K2.1, 4B1.2, Sentencing