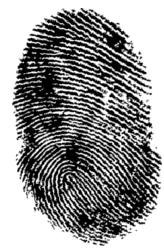 How do you do that? Start by getting the examiners entire file, notes, etc. See what procedure was used. Odds on, most examiners use a subjective method. And that method has been criticized by a number of groups including the SWGFAST (Scientific Working Group on Friction Ridge Analysis, Study and Technology), and OSAC (Organization of Scientific Area Committee's for forensic science). So if the examiners opinion is simply based on "I compared the two and they matched" and lacks some objective criteria (regarding quality of the latent, number and uniqueness of comparison points, etc.) you have an argument that the otherwise acceptable criteria was not applied property by this examiner. This is discussed in the PCAST report in more detail.

While the PCAST certainly gives you some support to challenge the foundational validity as well, such a challenge may be difficult to win. Potentially packaging such a challenge under the as-applied theory may give you a better shot. Even with a loss - there are a number of motions in limine that should be filed to prevent the examiner from calling it a "match" or even to prevent the examiner calling the testing "science."

Stay tuned for more discussion of forensic science in the near future!
Posted by David Magariel at 10:38 PM