Can the government force your thumbprint to unlock your phone?

No, at least for one Federal District Court Judge in the Northern District of Illinois. In this case the government sought a warrant to search a particular place for various computer based technologies and also, as is relevant here, to force “any individual who is present at the subject premises at the time of the search to provide his fingerprints and/or thumbprints onto the Touch ID sensor of any Apple iPhone, iPad, or other Apple brand device in order to gain access to the contents of any such device.”


The connection between the fingerprint and Apple’s biometric security system, shows a connection with the suspected contraband. By using a finger to unlock a phone’s contents, a suspect is producing the contents on the phone. With a touch of a finger, a suspect is testifying that he or she has accessed the phone before, at a minimum, to set up the fingerprint password capabilities, and that he or she currently has some level of control over or relatively significant connection to the phone and its contents. 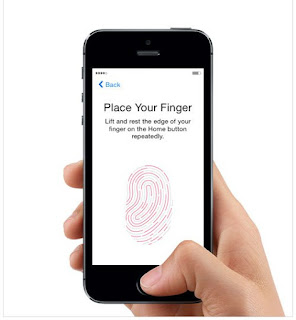 Professor Orin Kerr at George Washington Law School blogged on this case as well. He agreed with the outcome, but for a different reason. For Prof. Kerr, a


warrant has to state where the police can search and what they can seize there. But what else happens when the warrant is executed is a matter of case-by-case reasonableness, and magistrates shouldn’t try to insert themselves into that by imposing blanket reasonableness determination ex ante when they have no idea what the facts will turn out to be.

With changes in technology and courts finally tackling privacy issues in relation to the new landscape, hopefully decisions like this one (limiting the governments ability to search) become a little more common.
Posted by David Magariel at 11:58 PM