On Tuesday, the Supreme Court held oral argument in Nelson v. Colorado, a case asking the question what happens when a defendant pays over money (fine, restitution, etc.) after a conviction BUT that conviction is later overturned on appeal.

You would think that since a person can never get time back - time in jail, time in prison, or time spent on probation - an exonerated person should at least be able to get money back after a conviction is overturned. Instead Colorado says sure, an exonerated defendant can get their money back. All you have to do is file a civil suit where a former defendant now has the burden to prove actual innocence by a clear and convincing evidence standard. 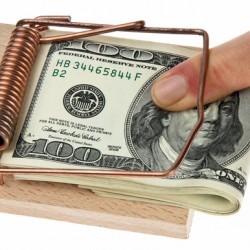 The defendants' claim is that the Fourteenth Amendment's prohibition - “nor shall any State deprive any person of life, liberty, or property, without due process of law” - prevents Colorado from keeping the money and requiring the exonerated person to prove innocence.

It sounds like the oral argument went well for the defendants. Justice Breyer, while trying to decide exactly what the problem was, stated: "there is something wrong with that." The other Justices pounced on counsel for Colorado with hypothetical scenarios involving increasing amounts of money. We shall see how the 8 person Court deals with this issue in the next few months.
Posted by David Magariel at 9:31 PM