The Supreme Court recently added a few cases to the docket for this term. Two of these cases (co-defendants from a 1984 D.C. murder conviction) have Brady implications. We all know that Brady requires the prosecution to, at a minimum, turn over exculpatory evidence that is material to the question of guilt or punishment. Failure to disclose such evidence is a due process violation.

The question asked in  Turner and Overton is:

Whether, consistent with this Court’s Brady v. Maryland jurisprudence, a court may require a defendant to demonstrate that suppressed evidence “would have led the jury to doubt virtually everything” about the government’s case in order to establish that the evidence is material. 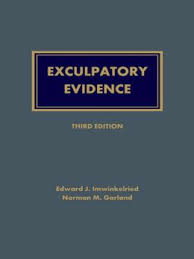 In these cases, a reporter discovered (years later) that the prosecution failed to turn over some important sounding evidence to the defense. Examples of the withheld evidence (according to the brief of the defendants) includes statements from witnesses who claimed another person committed the crime, and witnesses who claimed another person was acting odd at the crime scene and fled when police arrived (and that person was involved in assaults in the area), and evidence that one witness against the defendants had convinced another witness to lie.

This strong evidence was not enough for the district court. The district court required the defendants to show the new evidence could have rebutted the government's entire case against them. Using that high standard, the distrct court held that the trial was not fundamentally unfair. The issue is even more important here, as apparantely the prosecution had conceded that the case "easily could have gone the other way." The jury had also been deadlocked repeatedly before finding guilt.

The case thus seems to turn on the interpretation of "had the evidence been disclosed to the defense, the result of the proceeding would have been different." United States v. Bagley, 473 U.S. 667, 682 (1985). Looks like we will find out how far that requirement goes this term.
Posted by David Magariel at 5:17 PM