While many of us as lawyers would love to know what questions are going through a jury's mind during trial, it is a totally different issue to whether we want those questions ACTUALLY ASKED to a witness during a trial. And while (as usual) appellate courts leave such decisions in the sound discretion of the district court, well, c'mon. 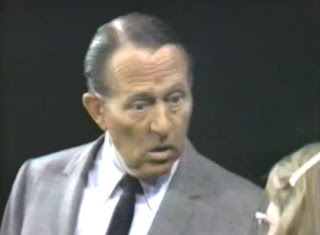 Earlier this week, in United States v. Tavares, the First Circuit reversed convictions for a number of defendants in a RICO prosecution who were high ranking officials in the Massachussetts probation department. The reversal was partially based on a district court allowing the jurors to propose 281 questions, of which 180 were actually asked - an amount "far beyond anything approved of in this Circuit." The district court seemingly provided no limit to what could be asked, instead telling the jury to be guided by whether "the lawyer gets out what interests you from the witness." And the jury did just that asking, for example "why did you change James Rush's score?"

If you are interested in the 10th Circuit's take on this topic, check out United States v. Smith, 569 F.3d 1209 (10th Cir. 2009). There the jury  (through the judge) asked four questions where the lawyers from each side were allowed to follow up. The 10th determined that the questioning "presents some dangers, we do not find those dangers realized in this case." The 10th pointed to the limited number of questions and that there wasn't a "steady stream" of questions asked by the jury that would question their neutral role in the process.

As counsel did in each of these cases, remember to object to any questions and, ask for a mistrial to preserve the issue down the road.
Posted by David Magariel at 3:55 PM

Email ThisBlogThis!Share to TwitterShare to FacebookShare to Pinterest
Labels: RICO