Last month an executive report was prepared by the "[n]ation's leading scientists and engineers" that included "an extensive literature review" regarding the status of forensic science in criminal courts. The report includes criticisms of a number of often used fields of forensic science including "DNA samples, bitemarks, latent fingerprints, firearm marks, footwear, and hair." The report has some strong language regarding the lack of scientific vigor in some of these areas, describing the problem as "not just a hypothetical problem but a real and significant weakness in the judicial system."

The FBI and Department of Justice have of course, taken this opportunity to revisit scientific standards in their laboratories and make sure they meet the standards proposed by this review.

Instead, the Justice Department is preparing "a packet of information [to send] to federal prosecutors regarding how to dispute this report in court.” The National District Attorney's Association accused the report authors of “scientific irresponsibility.” 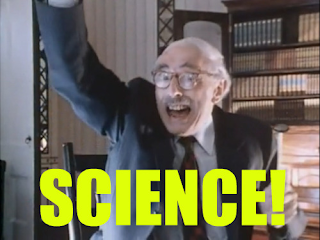 This should create additional room to make Daubert challenges. A number of the "Senior Advisors" to the committee include Federal District Court and Appellate judges. Keep raising those challenges!