"[Y]ou are not a citizen of a democracy but the subject of a carceral state, just waiting to be cataloged." 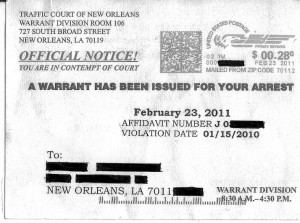 So if you haven't read Strieff  by now, you should. If you are putting it off because you don't like bad news, at least read Justice Sotomayor's dissent for some great language like the title of this post.


Briefly Strieff  is a seizure case where an officer detained Mr. Strieff on foot after leaving what the police thought was a drug house. However, all parties conceded that the seizure was illegal. After detaining Mr. Strieff and getting his ID, the officer found out Mr. Strieff had a warrant for a traffic violation. A search of Strieff pursuant to arrest uncovered drugs and paraphernalia.


We all know Strieff is bad for defenders of the Fourth Amendment. Here are some attempts at optimism to try to find a way to at least limit the holding. The Court provides a number of factors to support the stop, which hopefully can be used to distinguish Strieff  from your case.

1. Distinguish the Court’s factors to support the search.

A. Temporal Proximity - The first is “temporal proximity.” As the Court states “such a short time interval counsels in favor of suppression.” (Slip Op. at 6). Based on that language, in a future scenario like Strieff - where the discovery of the basis to arrest is close in time and thus less likely to break the causal chain – such a factor supports suppression.

B. Intervening circumstances – The Court uses this factor to argue that because the warrant was “entirely unconnected with the stop” that it is an intervening circumstance. (Slip Op. at 7). The Court also states the warrant “predated” the investigation. Id. The Court (sort of) analogizes the situation to the independent source doctrine where the discovery of evidence is “sufficiently attenuated to dissipate the taint.” Id. Citing Segura v. United States, 468 U.S. 796, 815 (1984). The Court describes the execution of the warrant as a “ministerial act” that “was entirely unconnected with the stop.” Strieff at 7. If there is ANYTHING other than a warrant to support a search it seems like that doesn’t meet the standards for an intervening circumstance. Discovery of evidence? No – not ministerial, didn’t predate and is connected to the stop. Development of some probable cause from talking with the person? Nope. Not ministerial, didn’t predate and connected to the stop.

C. Purpose and flagrancy of the official misconduct – Strieff  concedes that the stop was illegal. However, Strieff says the officer was “at most negligent.” And the Court warns officers that this officer “should have asked Strieff whether he would speak with him, instead of demanding that Strieff do so.” Id. at 8. I would think we might try to limit Strieff on this basis. If the officer was only negligent NOW all officers know what they should do – the Supreme Court literally told them what to do. It should be harder to claim negligence when you are told what to do in future situations. We should spend time pointing to the obvious illegality that began the stop/seizure and maybe even point to other case law that makes such legality something beyond “negligent.” The Court also points to the “fact” that the officer’s “conduct thereafter was lawful.” Id. If we can find another example of illegality along the way that would help. Maybe work in some of the good delay case law or argue that any future search without probable cause is tainted – even with consent.

2. Tracking “systemic or recurrent police misconduct.” The Court spends a fair amount of time characterizing this stop as an “isolated instance of negligence” and finding it “especially significant that there is no evidence” of “flagrantly unlawful police misconduct.” Id. The Court even states that “[w]ere evidence of a dragnet search presented here, the application of the []factors would be different. The Court has now made this an issue in suppression. Request discovery. Be expansive in those requests. Keep track of certain jurisdictions or officers. Get flack in discovery? Sorry Judge/AUSA - the Supreme Court said so.
Posted by David Magariel at 10:45 AM