Federal magistrates have no authority to issue warrants for searches of property outside of their judicial districts. A warrant purporting to authorize the government to send a Trojan Horse to the computers of a Tor website's users, regardless of district, generating a return of identifying information, is a warrant for a search of property outside the judicial district. A magistrate has no jurisdiction to issue such a warrant.

Such a magistrate-issued warrant is void ab initio---"akin to no warrant at all"---and Leon's good-faith exception to the exclusionary rule does not apply. Some of the fun bits:

The government argued that the property searched was in fact in the magistrate's district, since the identifying information was returned to a server in that district. The court rejects this argument as "nothing but a strained, after-the-fact rationalization."

The government argued that Rule 41 ought to be read to allow the warrant here, out of necessity, since it was impossible to know in advance where the property to be searched was located. The court rejects this argument "because it adds words to the Rule."

The court questions whether this warrant to search unknown locations would have passed muster under the Fourth Amendment's particularity requirement.
Posted by Paige A. Nichols at 7:59 PM No comments: Links to this post 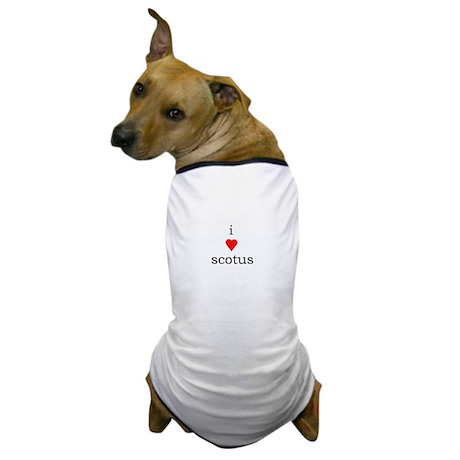 At least today we do, after two defendant-friendly opinions issued by the High Court this week.

In Molina-Martinez v. United States, the Supreme Court unanimously held that a district court's guideline-calculation error will in most cases in and of itself satisfy the "affected substantial rights" prong of plain-error review on appeal.

But wait, there's more! The case includes some interesting discussions of post-Booker sentencing, guideline anchoring, and the future of guideline practice. It is, as Professor Berman says, "a must read for all sentencing practitioners."

In Welch v. United States, the Supreme Court held 7-1 that the opinion in Johnson invalidating the residual clause of the ACCA is a new substantive rule that applies retroactively in collateral proceedings. This is great news for clients serving unconstitutional sentences who may be on their second or successive habeas petitions. Welch is also a lesson in certificates of appealability. Even if you're not a Johnson junkie---if you do federal habeas work, you'll want to read Welch.
Posted by Paige A. Nichols at 3:06 PM No comments: Links to this post

Oh guidelines, how did they amend thee? Let me count the ways . . .

Last week the Sentencing Commission passed a variety of guideline amendments that will come into effect on August 1, 2016, unless Congress acts to the contrary.

Compassionate release just got more compassionate (which may not be saying much), with new, broader criteria for release. The amendments also encourage BOP to do its part in requesting release for eligible inmates.

Conditions of probation and supervised release are now clearer. Remember those Tenth Circuit cases rejecting vagueness challenges to standard conditions of release? The Sentencing Commission isn't buying it. Taking its cue from the Seventh Circuit, which has found several standards vague, overbroad, or lacking a required mens rea, the Commission has revised the standard conditions with an eye toward making them "more focused and precise as well as easier for defendants to understand and probation officers to enforce."

The child-pornography guideline is now even harsher---at least in cases involving portrayals of "an infant or toddler," which now get a 4-level bump. On the other hand, the Commission sides with the Seventh and other Circuits over the Tenth and other Circuits in resolving a circuit split over the 2-level file-sharing enhancement. The amendment states that this enhancement only applies if the distribution was "knowingly" done.

The illegal-reentry guideline has (for the most part) done away with enhancements based on prior "crimes of violence," replacing them with enhancements based on the sentence imposed for prior felony convictions. No more categorical quandaries---but will it help your client? This amendment is expected to increase some sentences while decreasing others. You'll want to take a close look before you pick your book for sentencing.

The animal-fighting base-offense level now tops out at 16 instead of 12. This increase was in part a response to nearly 50,000 signatures on a form ASPCA letter from animal lovers---the most public comment on any amendment in the history of the Commission. Query: Do public comments count as "empirical evidence" in support of a guideline amendment?

There are more amendments, and more details about the above amendments, than there is room to write about here. Check them out at the above link, and plan your sentencing strategy accordingly.

Posted by Paige A. Nichols at 6:19 PM No comments: Links to this post

Email warrants: "Perhaps the time has come to reframe the discussion in terms of Americans' right to privacy."

Late last month, United States Magistrate Judge Waxse denied a government application for a broad email warrant under the Stored Communications Act (18 U.S.C. 2701, et seq.) and Rule 41 of the Federal Rules of Criminal Procedure, after finding that the application violated the Fourth Amendment's probable cause and particularity requirements. 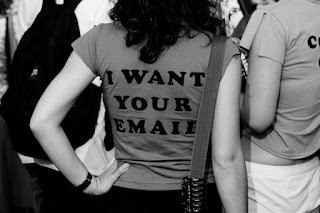 It's a doozy of an opinion---a must read for anyone challenging a warrant for digitally stored information.

In the opinion, Judge Waxse traces the history of recent rulings across the country on similar warrant applications. He concludes that courts allowing warrants for all Electronically Stored Information (ESI) associated with a target email account have failed to give proper weight to the privacy rights of account holders. He explains that "[t]he chief aim of this Court's email (and cellular phone) opinions has been preventing the issuance of general warrants in the context of ESI." And he explores the concept of digital privacy in great detail, emphasizing that when it comes to ESI "[t]he privacy implications are enormous."

In the end, Judge Waxse insists on search protocols and limitations on the government's search of the requested information. He suggests a number of these (categorical limitations, keyword limitations, special masters, filter teams, use restrictions, etc.), and grants the government leave to resubmit its application along with a suitable search protocol.
Posted by Paige A. Nichols at 9:40 PM No comments: Links to this post

10th Circuit to Government: No good cause? No hearsay!

It just got harder for the government to rely on hearsay at supervised-release revocation hearings. In United States v. Jones, the Tenth Circuit joined every other circuit court in holding that Rule 32.1(b)(2)(C) obligates district courts to apply the balancing test in the Rule's advisory committee notes to determine whether hearsay evidence may be considered for revocation purposes. In other words, finding simply that the hearsay is reliable is not enough. Rather, the court must weigh the defendant's interest in confrontation against the government's good cause for denying it.

In Mr. Jones's case, the government alleged that Jones had violated the conditions of his release by committing a murder. The government presented a single witness: a state homicide detective who reported an eyewitness's claim that she saw Jones shoot the victim. The eyewitness had later picked someone else out of a photo lineup while still insisting that Jones, whom she'd known long ago but hadn't seen recently, was the culprit. She then refused to testify in state court against Jones, leading to the dismissal of state charges. The district court nonetheless found the eyewitness's claim that Jones was the shooter reliable, and revoked Jones's release, sentencing him to 3 years in prison followed by 10 more years of supervised release.

The Tenth Circuit reversed. In addition to adopting the above test for relying on hearsay at a revocation hearing, the Court offered up a nice lesson in confrontation. Holding that Jones had a "strong interest" in confronting the witness, the Court listed the following "textbook bases for cross-examination" present here:


First, testing Ms. Palmore's ability to perceive—her distance from the parking lot, her angle of vision, any obstructions to her view, the quality of the lighting, and whether she had been drinking at Slick Willie’s.

Second, exploring possible bias—whether her long-term acquaintance with Mr. Jones might have affected her statements to Inspector Benavides.

Third, examining whether Ms. Palmore's prior conviction might affect her credibility.

Fourth, asking why Ms. Palmore refused to cooperate in the state prosecution of Mr. Jones, a matter on which the parties and the court could only posit educated guesses without her testimony.

Finally on the defendant's side of the scale, the Court offered a nice string of citations to emphasize "the generally recognized concerns with eyewitness testimony."


For its part, the government made little showing of good cause, having neither asked the witness to attend the revocation hearing nor issued her a subpoena. In this case, it was easy for the Court to conclude that the balance weighed in favor of the defendant.
Posted by Paige A. Nichols at 5:06 PM No comments: Links to this post

It may seem like there are no more objections to be made to conditions of supervised release after the Tenth Circuit's opinions in Munoz and Llantada. In those cases, the Court rejected vagueness and other challenges to a host of standard (and a few special) conditions of release.

But all is not lost.

First there may yet be challenges to make to standard conditions of supervised release, but they must be made first in the district court to preserve them for appeal. If you want to challenge a condition, read Munoz and Llantada first, and be prepared to distinguish your claim from the claims rejected there.

Second, the Tenth Circuit read the challenged conditions in these cases "with the gloss of common sense" to uphold them, optimistically observing in Llantada: "We presume that in Llantada's future, probation officers and judges will heed our directive to apply the conditions of supervised release in a commonsense manner, rather than a technical one." This is language that counsel should invoke when arguing against the revocation of supervised release based on an unreasonable or overly technical reading of a condition.

Third, non-standard conditions are always subject to challenge for lack of sufficient findings. Just last month, the Eighth Circuit vacated a condition of supervised release prohibiting the defendant from getting any more tattoos. This tattoo taboo was not reasonably related to the offense (felon in possession of a firearm), the defendant's correctional needs, deterrence, or public safety, held the Court.

Posted by Paige A. Nichols at 5:35 PM No comments: Links to this post